Legume roots play an important role in the nitrogen fixation process. However, the mechanism of gene expression and function in different cell types of these roots are still unclear.

BGI Genomics in collaboration with the Institute of Biotechnology of the Chinese Academy of Agricultural Sciences and China West Normal University recently published research on single-cell mapping of the root tip of the leguminous plant Lotus japonicus (also known as Birdsfoot Trefoil) in the Journal of Integrated Plant Biology. Lotus japonicus is of significant agricultural and biological importance as many of the legume species are rich sources of protein and oil and can also fix atmospheric nitrogen.

This is the first study to draw a single-cell resolution transcriptome of the root tip of this leguminous plant, using in situ hybridization technique to identify seven main cell types at the root tip. Further analysis revealed regulatory programs including phytohormone and nodulation associated with specific cell types, and revealed conserved and diverged features for the cell types. These findings, very significant for the study of legume root development, nitrogen fixation and breeding, mark another milestone for BGI Genomics after the earlier publication of rice root single-cell mapping research (2021).

In this study, a high-throughput single-cell sorting platform was used to sequence the transcriptomes of 22,688 protoplasts dissociated from the root tip of Lotus japonicus and obtained high-quality sequencing results, identifying seven major cell types. 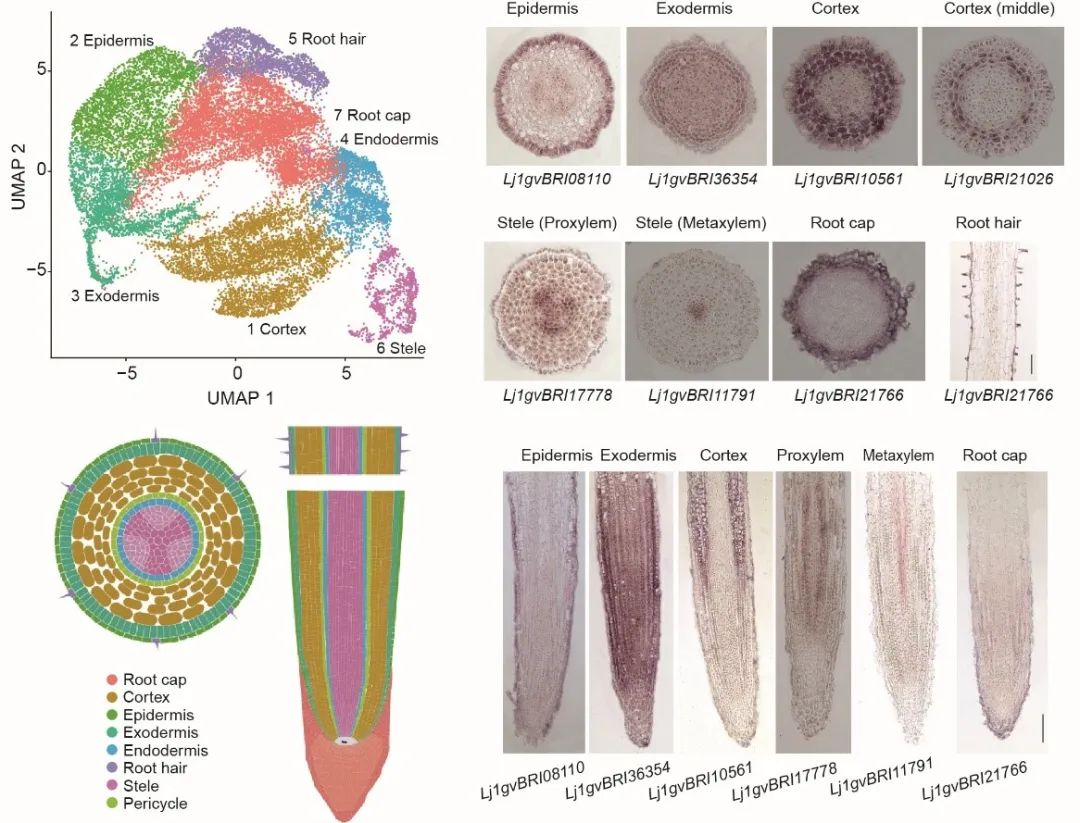 Researcher Wu Yanmin and Researcher Liang Zhe from the Institute of Biotechnology, Chinese Academy of Agricultural Sciences are the corresponding authors of the paper. Dr. Sun Zhanmin from the Institute of Biology, Dr. Jiang Sanjie from BGI Genomics and Dr. Wang Dan from China West Normal University are the first authors of the paper. This work has been supported by the National Science and Technology Fundamental Resources Survey Project, the National Natural Science Foundation of China, the Chongqing Natural Science Foundation, and the Innovation Engineering Project of the Chinese Academy of Agricultural Sciences.

About BGI Genomics
BGI Genomics, headquartered in Shenzhen China, is the world’s leading integrated solutions provider of precision medicine. In July 2017, as a subsidiary of BGI Group, BGI Genomics (300676.SZ) was officially listed on the Shenzhen Stock Exchange.