The birth of every new life is to be celebrated. During the first trimester of pregnancy, doctors from the department of gynecology and obstetrics may suggest pregnant mothers undertake noninvasive prenatal testing (NIPT) to screen whether the baby might face increased risk due to chromosomal abnormalities.

During pregnancy, some of the baby’s DNA passes into the mother's bloodstream. NIPT analyses the genetic information contained in this DNA to screen whether your baby is at increased risk of: 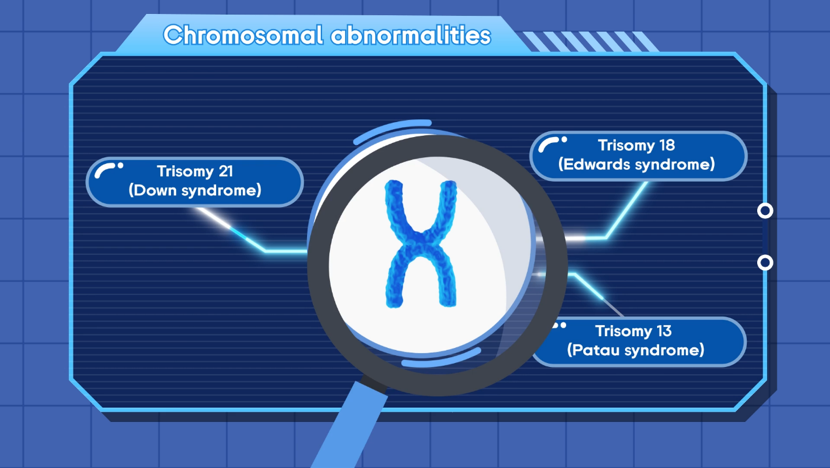 For example, Down syndrome, often presents moderate to severe intellectual disability and physical developmental abnormalities and has an incidence of about 1 in 800 to 1 in 1000, which increases significantly with maternal age. 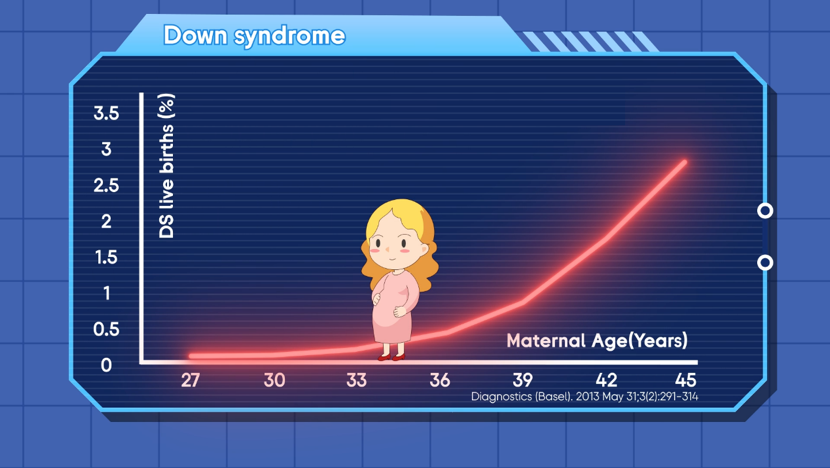 Timely and comprehensive prenatal screening not only helps parents to better understand the health status of the mother and baby, but also helps expectant parents detect abnormalities early and plan for treatment in consultation with doctors from the department of gynecology and obstetrics. 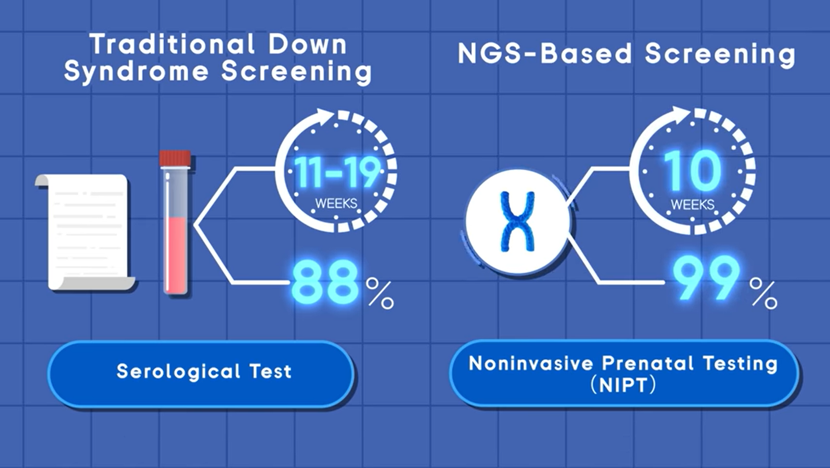 Comparison of serological test versus NIPT

With NIPT, invasive testing can be minimized, and false negatives are significantly reduced. Therefore, NIPT is widely recommended by authoritative organizations in this field, such as the American College of Medical Genetics and Genomics (ACMG) and the American College of Obstetricians and Gynecologists (ACOG), for the screening of many chromosomal abnormalities.

With the guidance of their doctors, NIPT is suitable for pregnant women, such as singleton and twin pregnancy, and pregnancies with a history of trisomy, high risk of aneuploidy (having missing or extra chromosomes), contraindications for invasive procedures, or in-vitro fertilization.

NIPT consists of the following steps: 5-10ml of blood of the pregnant woman at 10-24 weeks is drawn and sent for testing under the advice and guidance of doctors from the department of gynecology and obstetrics; the laboratory conducts a DNA test on the blood samples; and the pregnant woman obtains the NIPT report.

It's important to be aware that NIPT is a screening tool, not a diagnostic test. This means it can't diagnose a genetic condition; it may only predict your baby's related risk. If the NIPT report indicates a high risk, the pregnant woman should undergo prenatal diagnosis as advised by doctors from the department of gynecology and obstetrics.

BGI Genomics, headquartered in Shenzhen China, is the world’s leading integrated solutions provider of precision medicine. Our services cover more than 100 countries and regions, involving more than 2,300 medical institutions. In July of 2017, as a subsidiary of BGI Group, BGI Genomics (300676.SZ) was officially listed on the Shenzhen Stock Exchange.